This fun adult tutu is sold on etsy at the link above for $395.00. I attempted to recreate this skirt for my Halloween costume this year. . .

I did not do this the easiest way, I am certain of that. That is just one of the consequences that comes along with sewing without a pattern.  This is the way I did it:

First I created an underskirt from a cheap black sateen. I took a length that was 1 & 1/2 times my waist, finished the edges to prevent running, and sewed it shut along the short edge so that I ended up with a big circle of fabric. 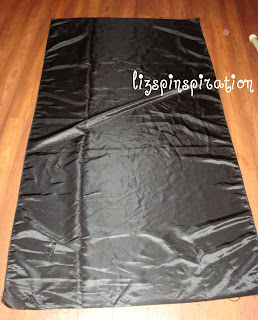 Next I pressed about a two inch casing along the top edge. I pressed it with RIGHT sides together so that the casing would fold down over the front of the skirt.

I had estimated 25 yards of tulle to create a tutu this full. I didn't want to do the cut-into-sections-and-knot technique of tutu making that is common with kid tutu's. I just couldn't bear the thought of cutting 25 yards of tulle into strips. So instead I started by measuring the length I needed to reach the floor from my waist. I measured this out in tulle and then zig-zag folded the tulle until it was about four to six thickness. I cut it off from the bold and stitched along the top to hold the zig-zag together. Once I had folded and stitched the tulle I then started gathering  See Pin 147 so read how I did that. So I ended up with 6 or seven sections of tightly gathered, layered tulle. 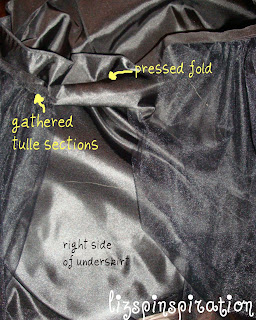 Turns out, 25 yards was not quite enough. 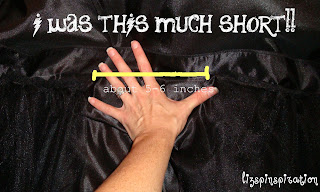 So I ran out and bought 10 more yards to fill the gap. Once it was filled I basted all the tulle in place. Then I folded the casing down and stitched it into place. I tried a few techniques with the elastic but I am only going to share the one that worked!

I took black 2 & 1/2 inch elastic and sewed it along the top of the casing. I created a sash, from the same cheap sateen, that was ridiculously long--but that is the way I like it. Then I slipped the skirt on, wrapped the sash around my waist about a million times and tied it in a bow. Here is the final reveal!

(I had fun taking these pictures! Even more fun when I started playing with the effects!) 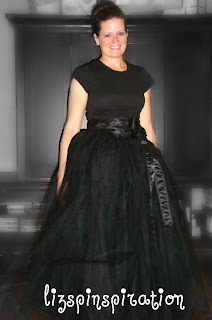 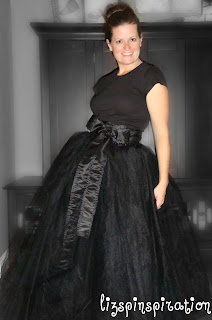 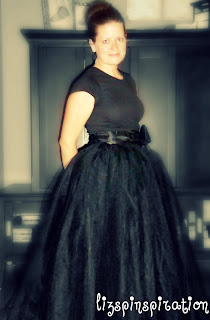 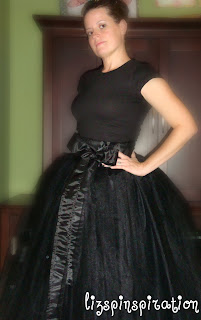 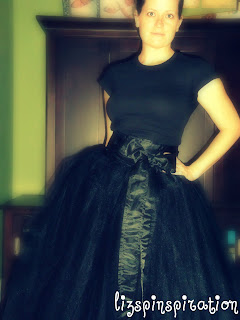 At our first Halloween party I popped on a tiara, some cobwebs, and a spider and went as a Spider Queen.
Total cost: 35 yards of tulle, 2 yards of sateen, and a dollar store t-shirt = $50-ish. A little more than I generally spend for a Halloween costume, but way, WAY cheaper than the etsy version.

Total time: I couldn't even guess! This was a lot of playing around to see what worked. And handling 35 yards of gathered tulle is no small feat! It got so thick that it wouldn't fit under my machine foot. I broke 3 needles on this skirt!

Final verdict: So fun for Halloween. . . but I may be wearing it for every Halloween for the next decade! Whew! This was a project. But what girl doesn't want a giant, fluffy tutu?
Posted by lizzy at 2:49 PM

Email ThisBlogThis!Share to TwitterShare to FacebookShare to Pinterest
Labels: clothing, crafty, Halloween, project by me, sewing