I picked up a package of 10 sponges at the dollar store. During the boys nap time I made these anticipating some water fun this afternoon. I did not measure the cuts. I started with cutting a sponge into four strips width-wise. Four tied together was not quite enough, but five was perfect. Then I tried some length-wise cuts. I put six lengthwise strips together for the longer ones. In the end, the 10 sponges made five small sponge balls and two large ones. 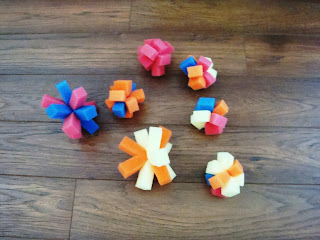 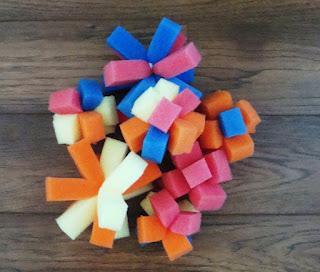 When the boys woke up, they immediately saw these sitting out and were ready to go splash. We went to the back yard and turned on our slip & slide and had a good splashy time. The boys had so much fun with these. They were soft enough that they didn't hurt when you got pegged with one. Although they really preferred me to be their target, they didn't mind pegging each other either. We played all out splash war then we put W in the swing and let L try to get him while I pushed him and dodged errant sponge balls. We played fill the bucket by soaking them in the slip and slide water then running over to the bucket to squeeze the water out. I didn't think W would understand this concept but he surprised me and totally got it.

A bonus tip: The small ones were just about the size of a baseball. When they were soaked, they had some weight to them. After watching L try to peg his brother on the swing over and over, and actually hitting his target a few times, a little light bulb went off. Excellent T-Ball drill to practice throwing! 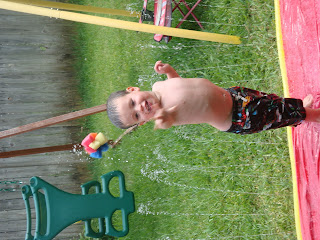 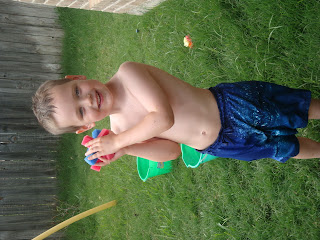 Final verdict: Awesome water fun. I think the boys had more fun with these than ANY store bought toy we have ever had.