I have a big set of background info for this pin project.

Firstly, I consider myself a "runner" and have pretty much always considered myself a "runner." I haven't always consistently run, but aside from pregnancy, I can't think of a time since junior high that I haven't been able to hop out and run at least a mile in 12 minutes or less without dying. I am always looking for good running music. While I have always been able to run I still need the motivation of a good beat to keep the legs pumping.

Second, I have recently re-entered the racing world. I ran my first marathon ten years ago. After that, I took some time off from running, which turned into time off for a wedding, kids, work, etc. This past summer my husband signed me up for a half-marathon to be run in December 2012. I picked up my training and really had to get some fresh tunes to really turn it up.

Music. I grew up in a home in which there was constantly music playing. I have more radios/mp3 players/speakers/cd players (aka anything to play some music) in my house than TVs. I think this is turning into something of a rarity. I have at least a radio in every room of my house including the kitchen and dining area. I have a wide variety of music interests. My playlists include music from all genres.

I would go broke buying music if I didn't keep a tight hold on my spending. I used to buy all of my music through iTunes. Recently I discovered a competitor in Amazon. Using their Cloud Player, I can also buy music from them and with the right settings (totally easy to set up--I figured it out and I am not computer savvy) the music still goes straight into my iTunes folder. You can get it by clicking here:  Amazon Cloud Player

I now can comparison shop between the two. Both stores offer free music. iTunes offers the free song of the week and Amazon has lots of free music. Currently on this Free Amazon music

My exercise playlist is an ongoing project and has been in production for years now. I have been refining it and updating it much more often due to my renewed interest in racing. (Side note, I don't race to win. I just think the whole race hoopla is fun. Oh, and the medals are shiny!)  I have been making monthly lists for a while now. Each month I just carry over what is still working for me and drop whatever isn't. I'll toss in some new tunes or some oldies I'm craving.  When I get stuck, I seek suggestions from my friends. I did not use the 200 songs above to create a full playlist. It was the inspiration for a few songs I've tried in the rotation. It was also the inspiration for this post to share my playlist with you!

Okay, that is all the set up for this. Here is my current running playlist that keeps my booty moving! Many of them were discovered through iTunes free songs and Amazon free music, some were purchased specifically with running in mind, or discovered hiding among other albums. Again, I'm warning you--my tastes are varied, so this list goes from Christian to explicit lyrics. If you click on the pictures, you can go straight to Amazon to preview it out and buy if you like it! 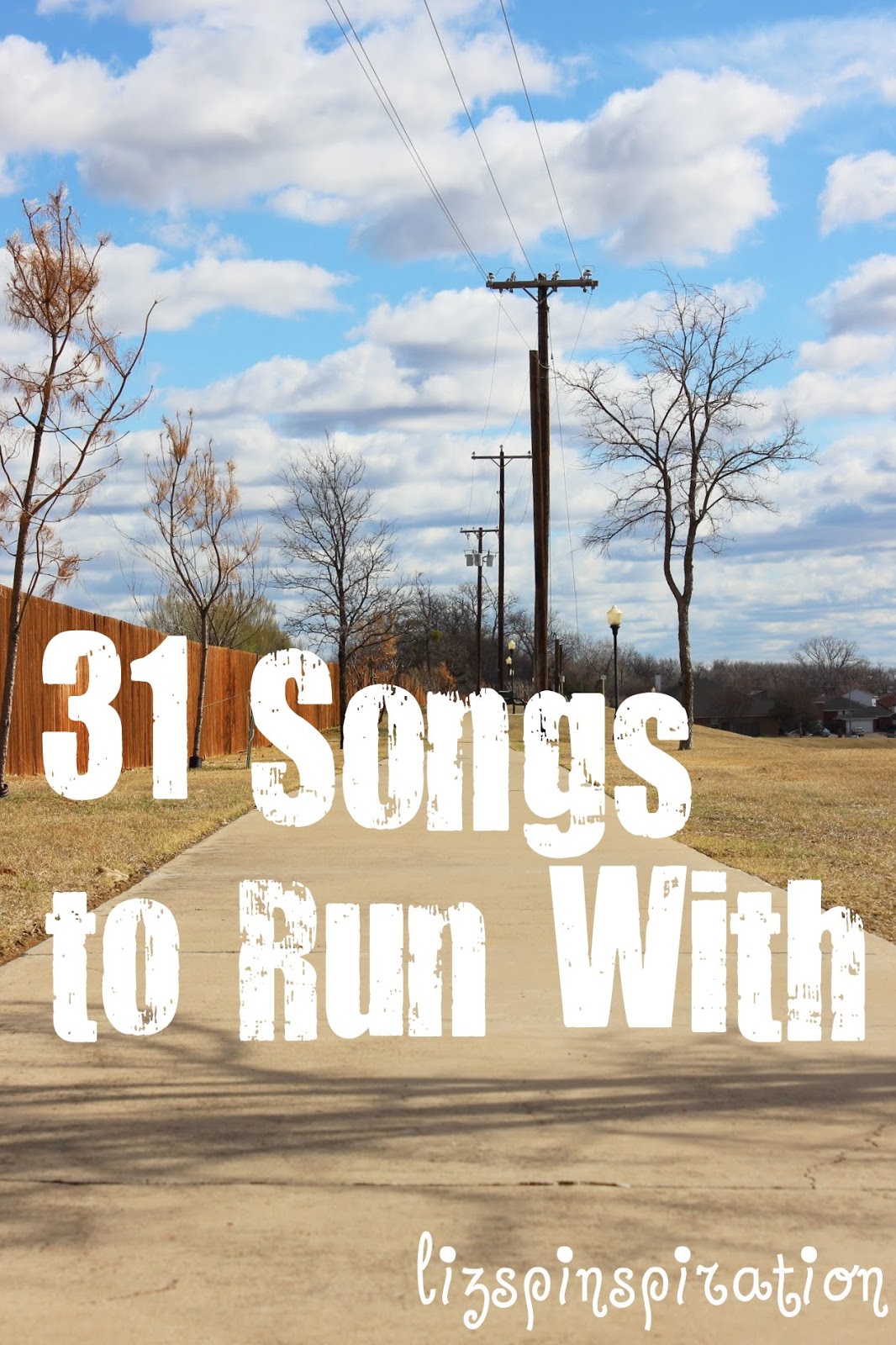 1. Everybody Talks by Neon Trees

4. Runaway Baby by Bruno Mars (This has been my absolute FAVORITE running song for over a year!)

5. San Fransisco by the Mowgli's (This was a free song!! I think from iTunes a while back)

9. Pass at Me by Timbaland featuring Pitbull

10. Rock That Body by The Black Eyed Peas

11.  Ghosts by The Head and the Heart

13. Babel by Mumford and Sons

20.  Run On  by Moby (I don't know what that soundtrack is in the picture, but apparently the Play album my track came on isn't available on Amazon.)

23. Little Talks by Of Monsters and Men

27. Dog Days are Over by Florence + the Machine

30.  Classy Girls by The Lumineers

31.  Home by Phillip Phillips  (Who isn't inspired by the sounds of the Olympics?? Selections from this song were featured in the summer Olympics broadcasts.)

So that is where I am currently. This is just about 2 hours of music to cover my long training runs. It is nowhere near the 200 listed by the inspiring pin, but it works for me. Some people may not like that I repeated a few artists, but I say, just use whatever music gets you moving. Hope these tracks inspire you! What are your favorite songs to exercise to? I'm always in need of further inspiration.

Total cost: Indeterminate. Some of these albums have been in the collection for years

Total time: An ongoing project, but I usually spend at least an hour a month tidying up the ol' playlist

Final verdict: It keeps me moving, for now! Some, like the Bruno Mars song, are absolute standards on the list. Now get up and run!!