This video has been all over my facebook feed this week. I decided to try it out during lunch for the boys one day. http://www.scarymommy.com/cut-grapes-in-half/ (check out the video at this link)

According to these folks, I've been cutting grapes all wrong. I didn't really know there was another way! The idea seems simple enough--sandwich a handful of grapes between a pair of plates and slice away. 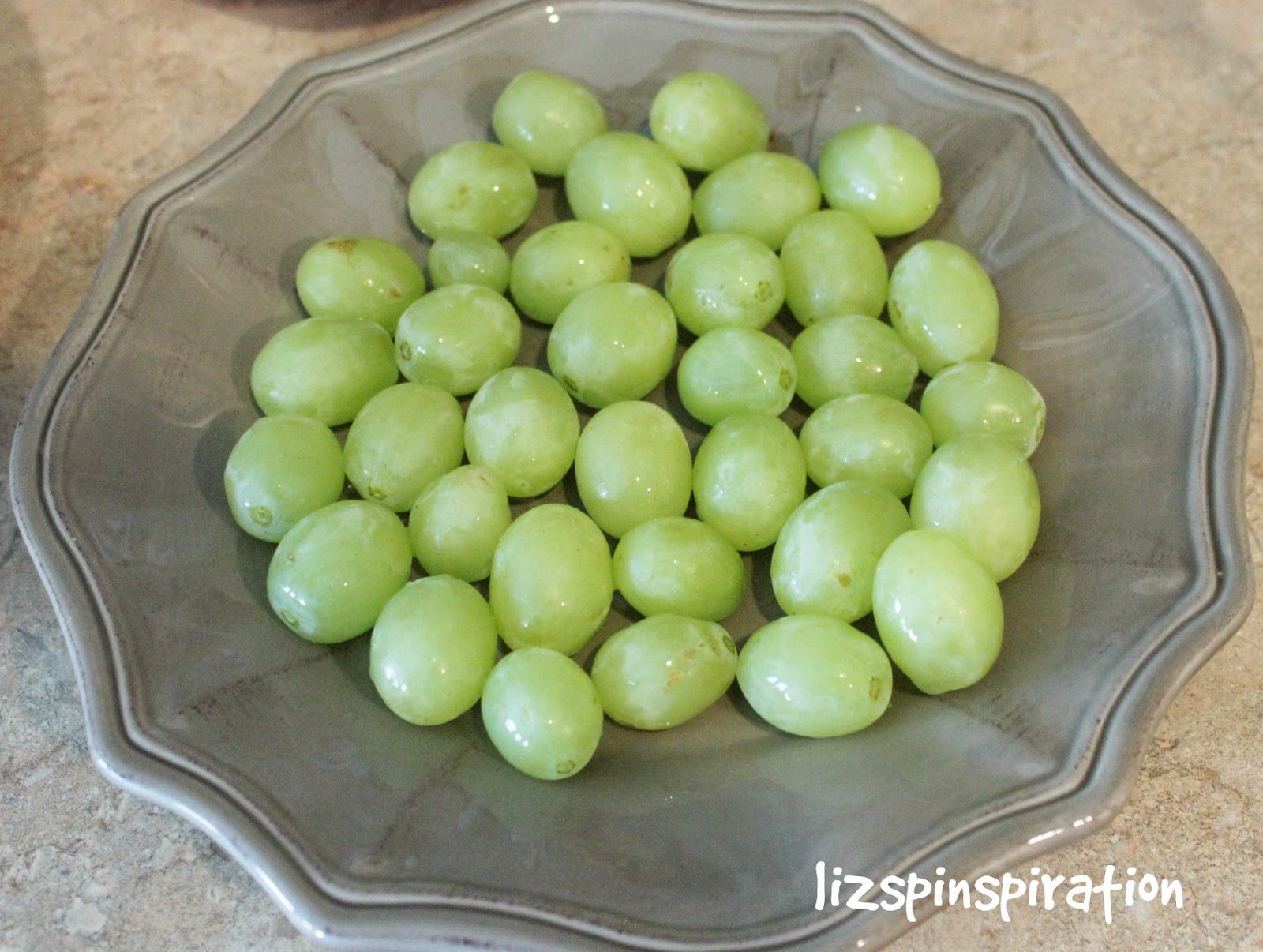 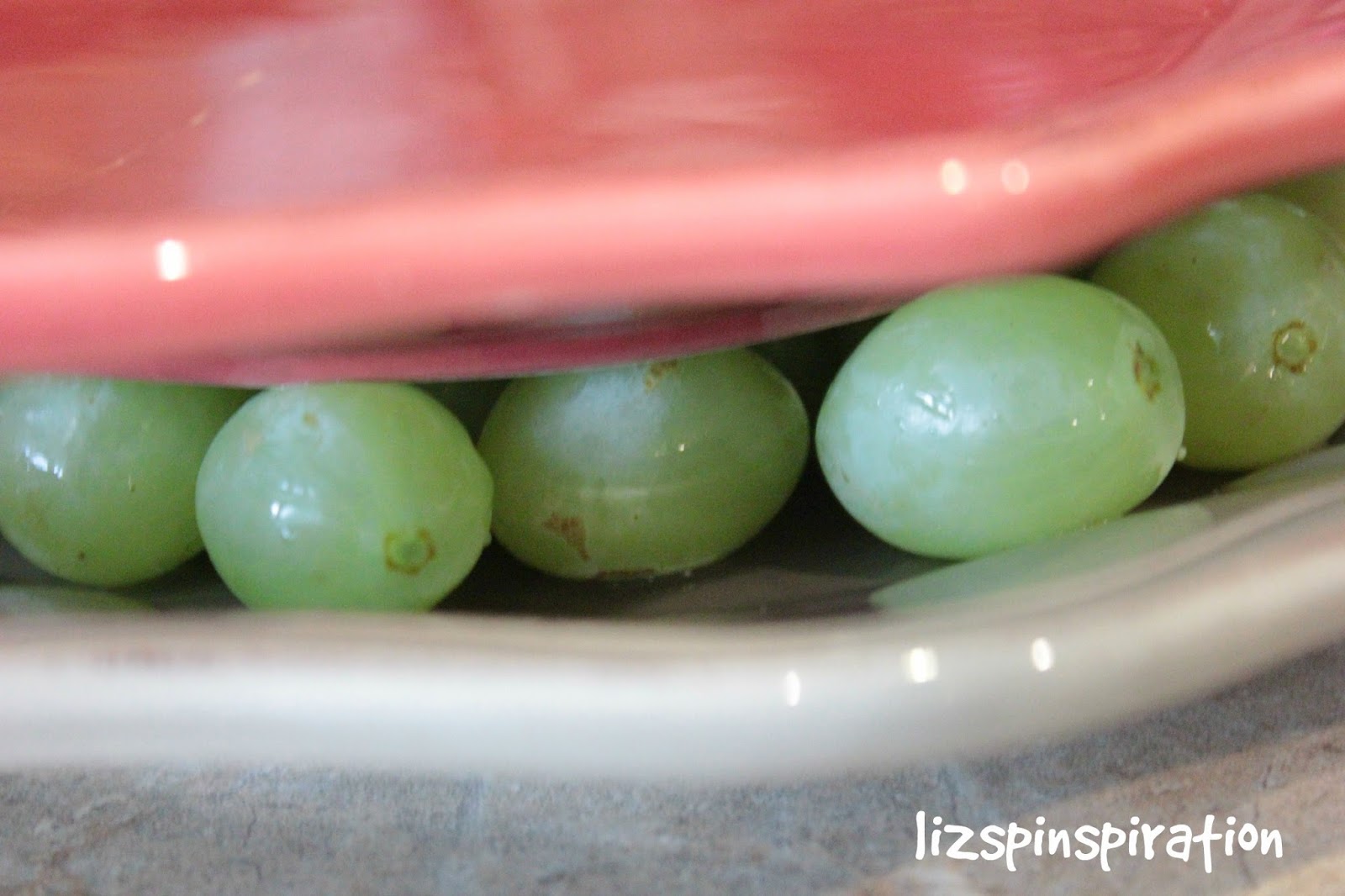 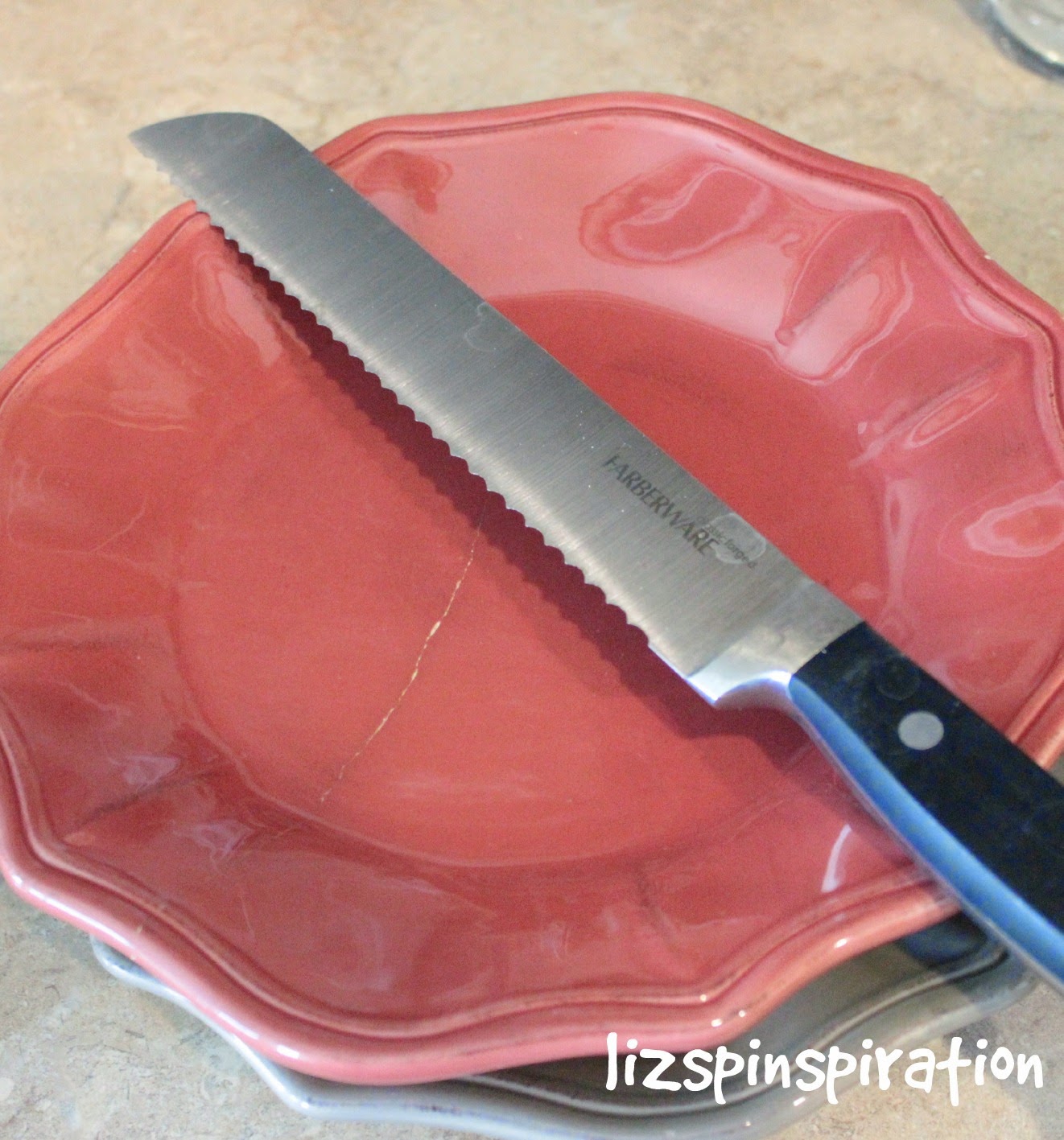 and sliced away with my longest serrated bread knife.

While I was doing this, my eldest looked at me all wild-eyed and said, "ummmm. . . WHAT are you DOING?!?!?!" Mr. Type A can't handle change well.  Apparently this is not an appropriate way to cut grapes.

I was all ready to awe him with this new trick and I whisked the top plate away to reveal . . . 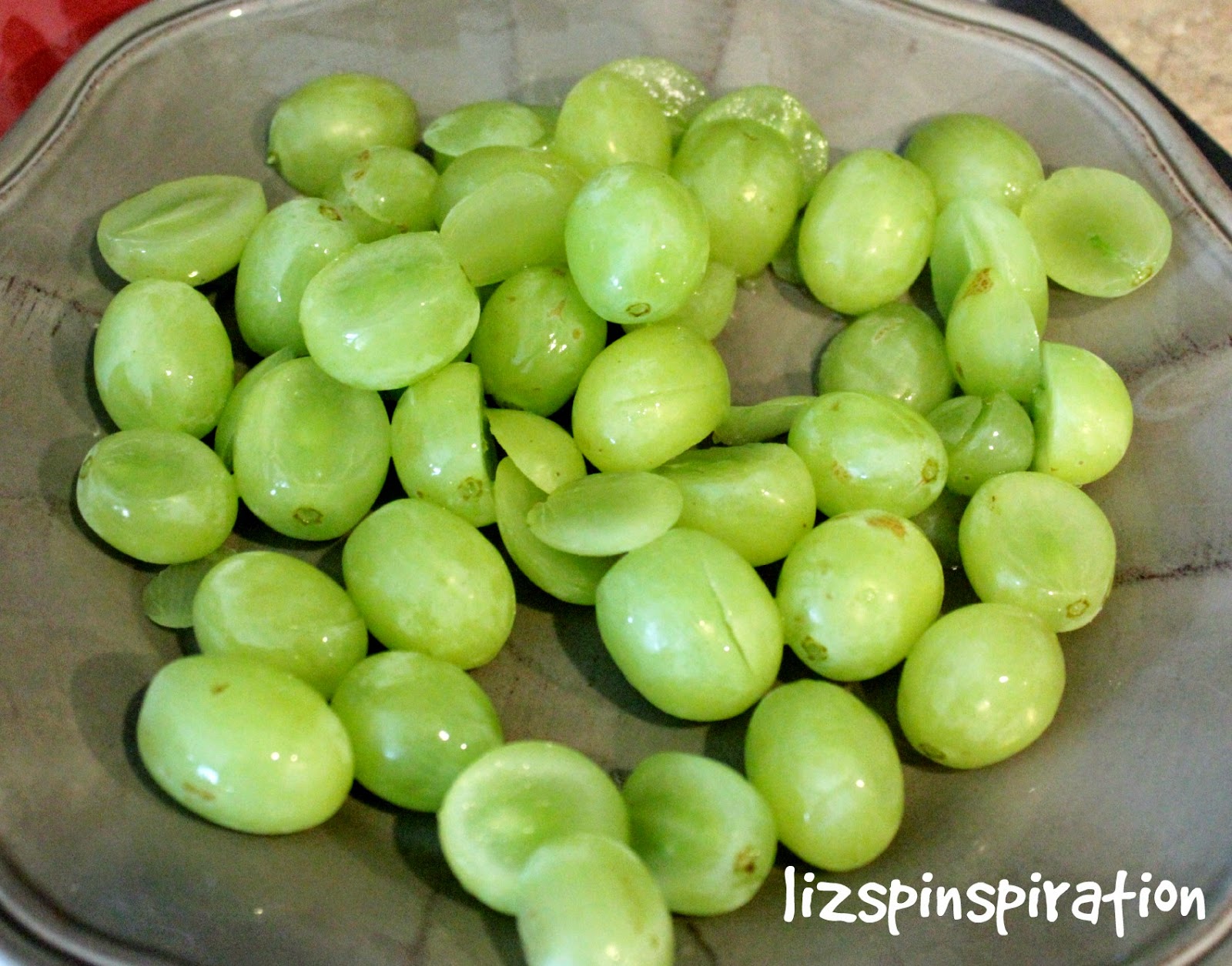 this. This plate of half untouched grapes and the other half randomly sliced. Most no where nearly in half. Quite a few I had just barely skimmed off their tops. Never one to be discouraged, I decided that the problem must be that I have too much lip to my plate and it prevented the knife from going through the centers. So I dug out my flattest plates and a plucked a new batch of grapes and tried again. 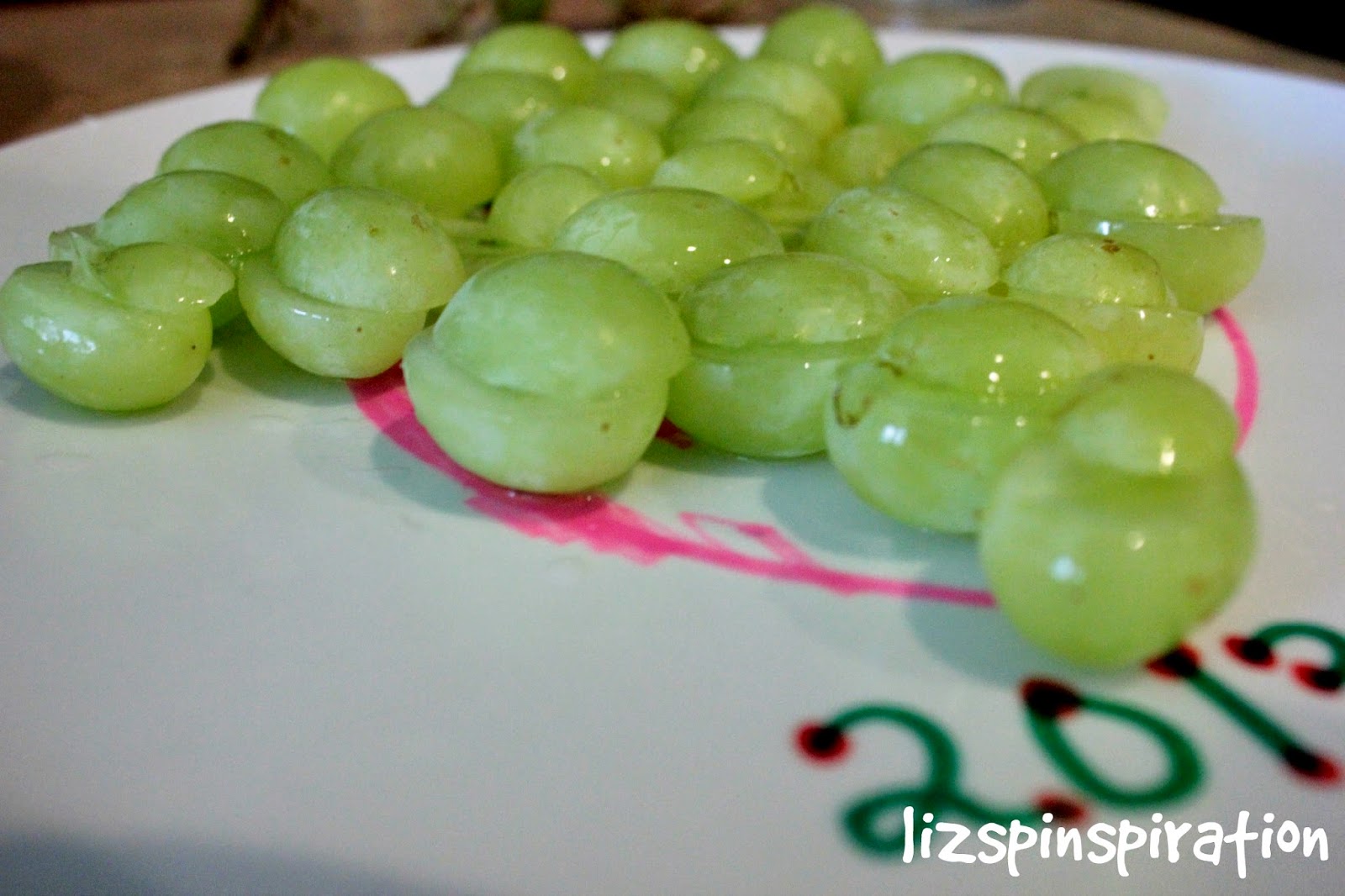 This time at least all the grapes had some sort of damage to them. They worked just fine for our fruit salad.

Total time: 5 minutes, mostly because I had to trouble shoot the first time and start over.

Final verdict: I definitely think you need to use the flattest plates you have. My grapes in round one were sitting much too low inside the rim of the plate to be reached in the middle by the knife. While round two's grapes weren't perfect, with practice I could probably make that work. Will I use this trick again or just stick with the old way?  The future is unclear right now. Since it didn't save me any time this day and it is a skill I'm going to have to hone, I may just stick to the old way (you know, not really cutting them and just practicing my Heimlich skills. I kid. . . well, sort of. I cut them when I send them to school, okay??) Kudos to the people who do this well.