My boys LOVE watermelon. We found a cute seedless one at the store that they begged for. I gave in. Today, when I was getting dinner ready, I decided to cut it up for them to snack on. 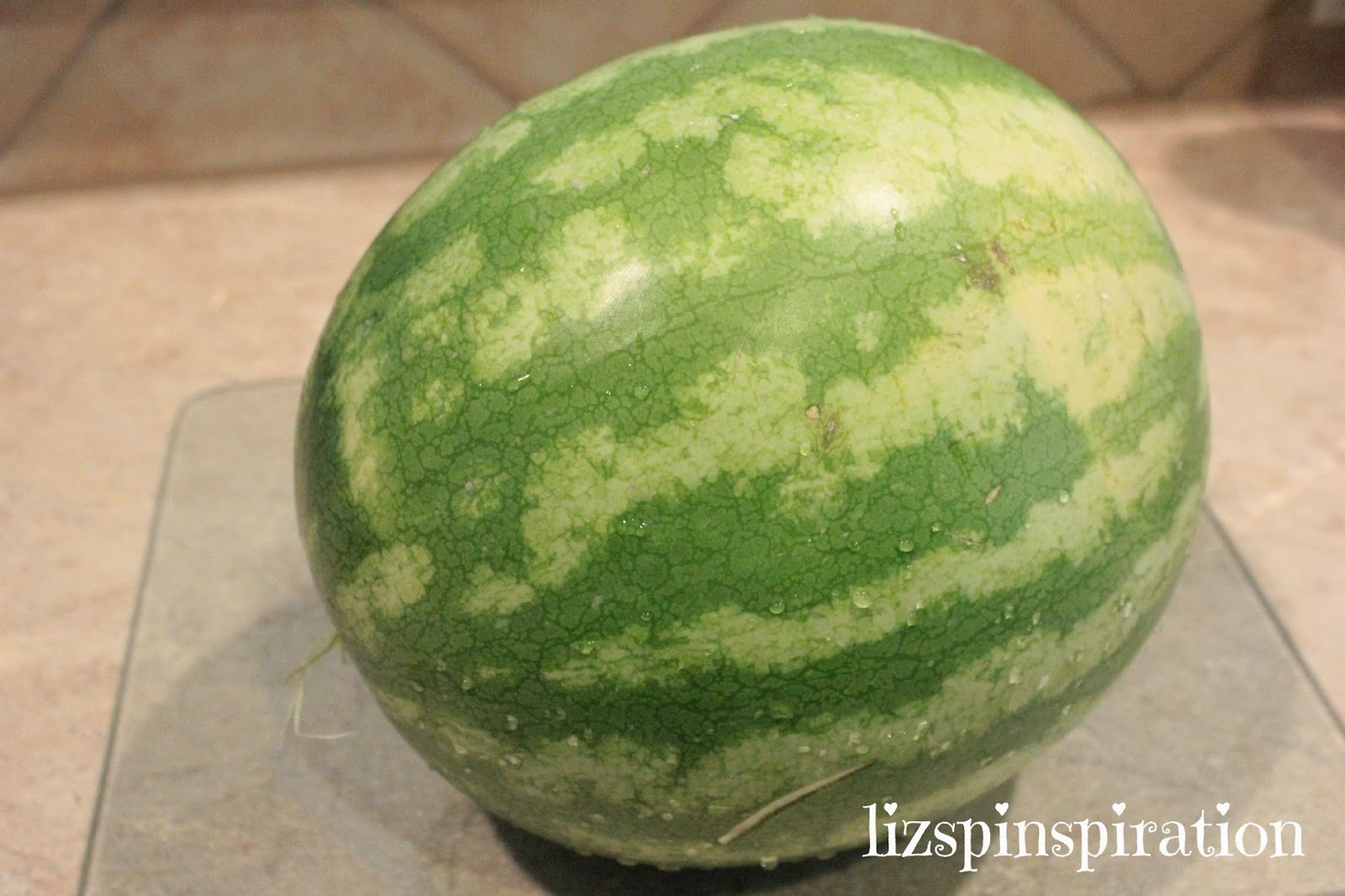 I started by cutting the melon in half. That part wasn't too hard. It was step two I was more worried about. I was certain I'd end up with quite a few odd sized pieces and waste a lot of the melon. 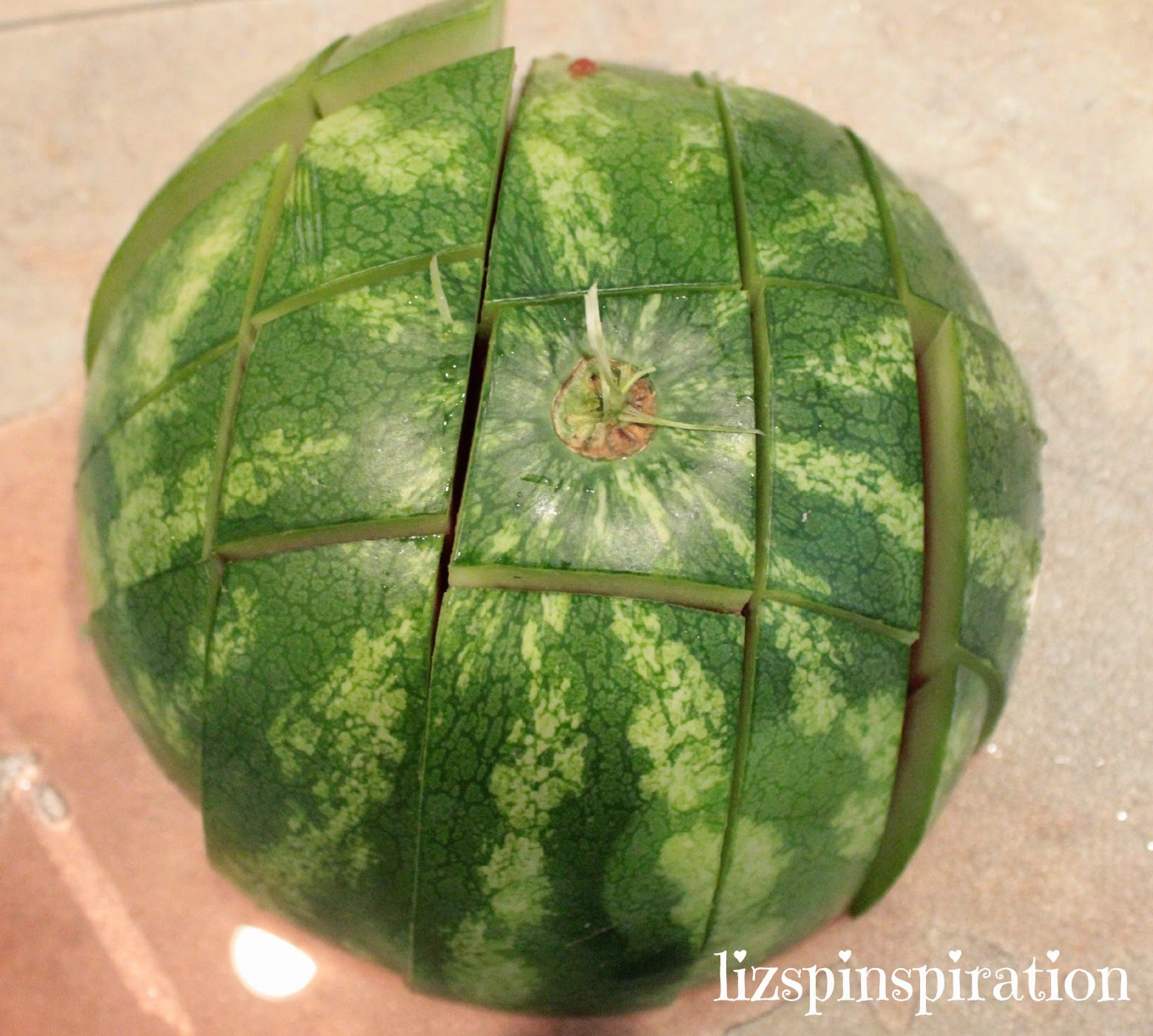 My first half was a bit rough.  I was REALLY REALLY REALLY worried I was going to cut a finger off. I had my big serrated knife out and the watermelon was sliding around a little bit and I was trying to hold it all together for the cross cuts.  While I did end up with sticks, they were fairly large. Fortunately, I did not end up with all the odd sized pieces I was afraid I'd have.

I called the boys in to test them out. They were so excited I could not get a good picture out of them. Here is the best one:


They loved the sticks instead of the wedges, or as L referred to them, "the smiles." They plowed through about three each before returning back to whatever it was they were doing before watermelon time. W actually ate most of his cookie-monster-style--shoving it in as fast as he could with juice dripping everywhere. They did a much better job of eating it down to the rind than they usually do with the wedges.

My second half turned out a little better as I made a more concentrated effort to make thinner cuts. I also turned the melon halfway, working from right to center, turn 180 degrees and work right to center again. Then do the same method for the cross cuts.

These packed up easily into a large storage container. Again, easier than wedges to pack them in tightly. And easy for the boys to grab one out on their own. 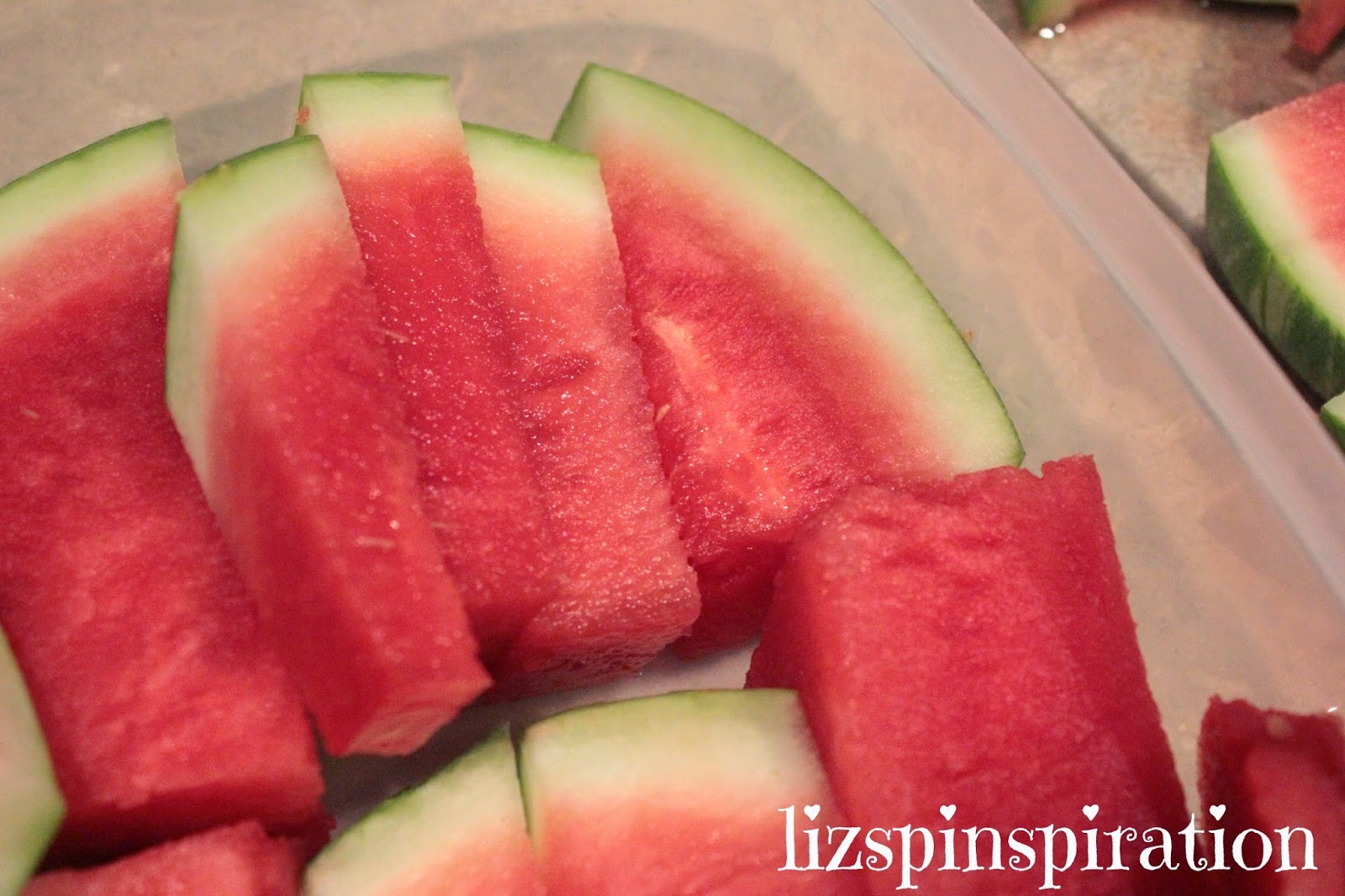 Cost: $3 for the watermelon

Final verdict: I may never cut a watermelon any other way again. This was easy to do, convenient, and the boys loved it. With practice I may even get good at it. It would probably be even easier to make straight, even cuts if you used an electric knife. Oh, and in case you were worried, I did not cut any fingers off. 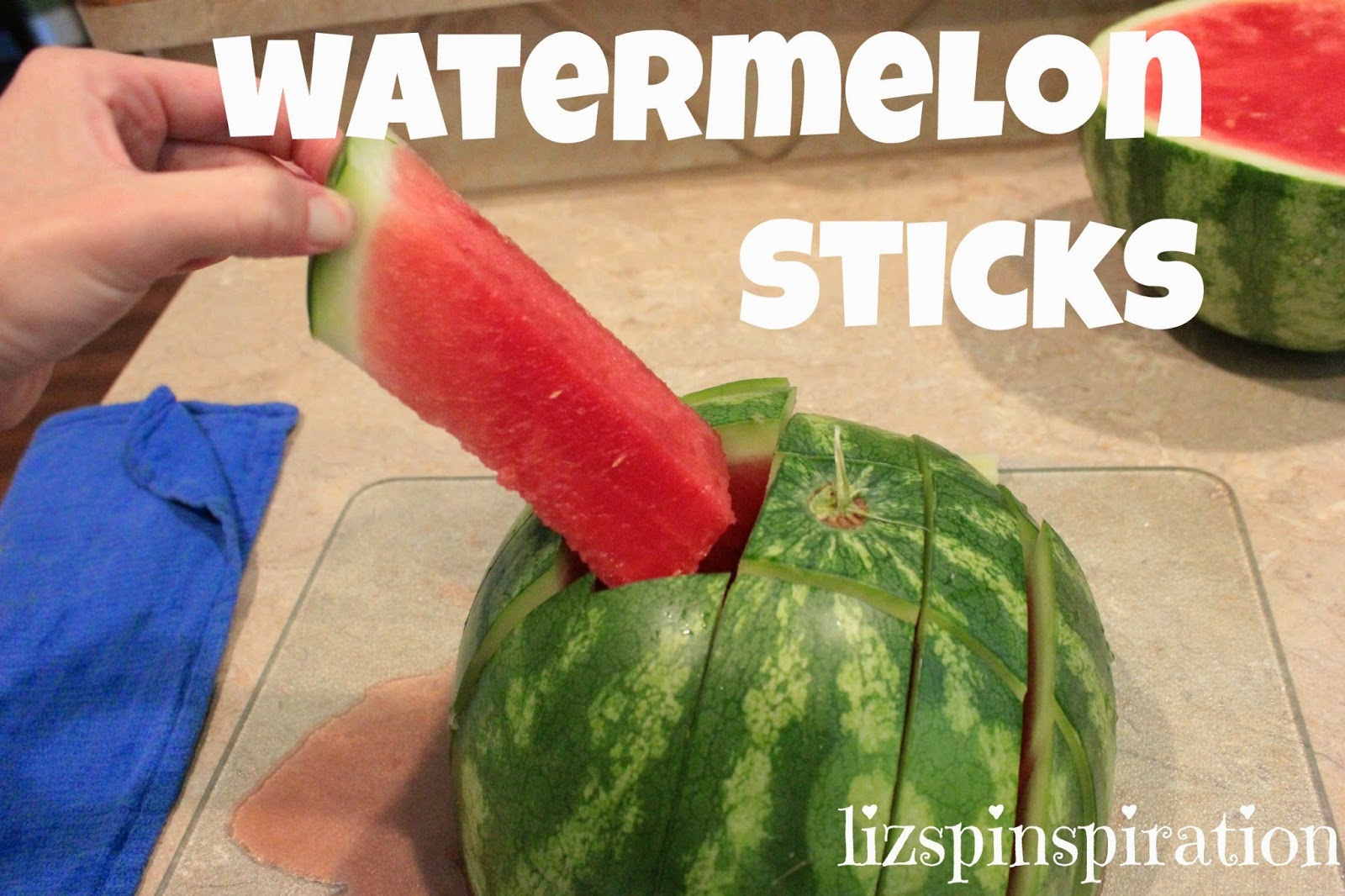